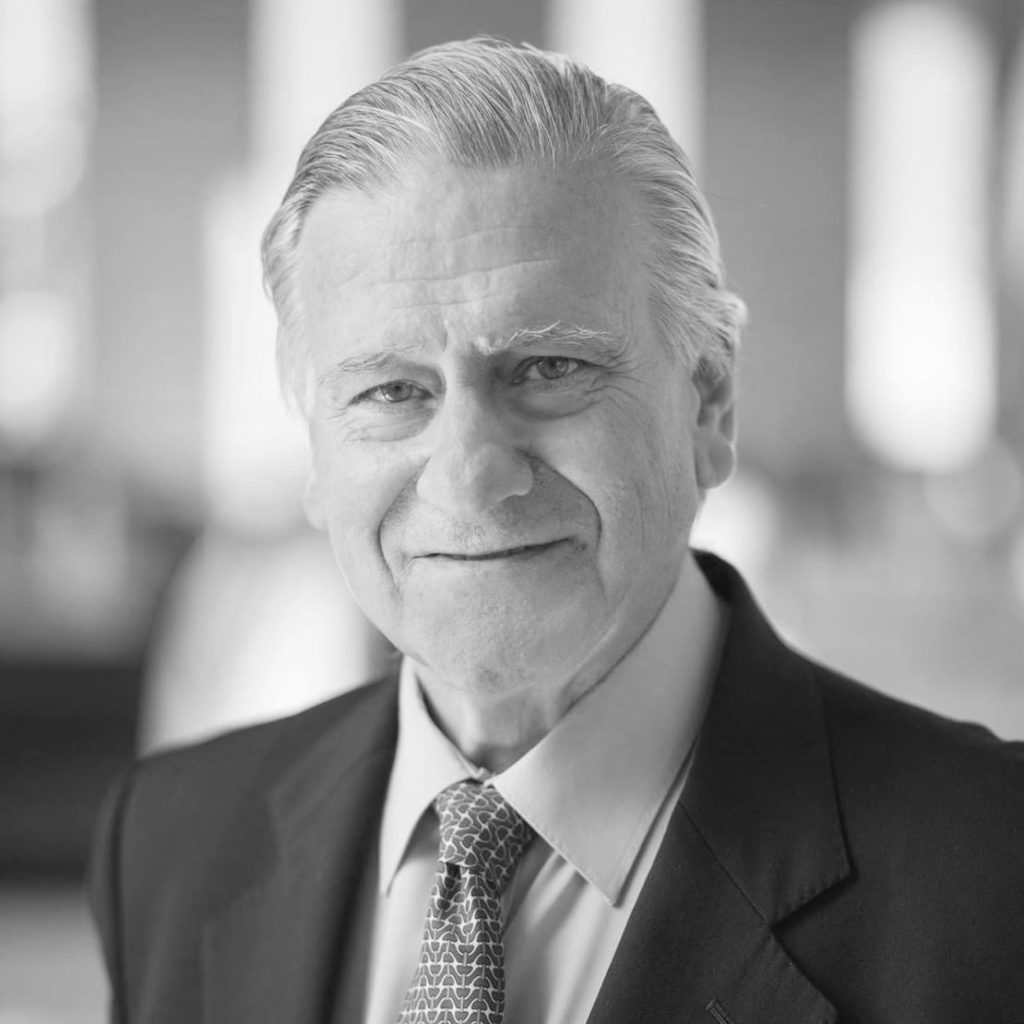 Dr. Fuster, who is also Editor in Chief of the Journal of the American College of Cardiology (JACC), is a world-renowned figure whose vision of health promotion was lauded at the latest World Cardiology Congress as the route map toward ending the unsustainable pandemic of cardiovascular disease.

After qualifying in medicine at the University of Barcelona, Valentín Fuster continued his studies in the USA. He was professor of Medicine and Cardiovascular Diseases at the Mayo Medical School, Minnesota and at the Medical School of Mount Sinai Hospital, New York, and from 1991 to 1994 was full professor of Medicine at Harvard Medical School in Boston. In 1994 he was named director of the Cardiovascular Institute at Mount Sinai, a post he has combined since 2012 with that of Physician-in-Chief.

As a scientist, Dr. Fuster has been awarded honorary doctorate degrees by thirty-five prestigious universities and has received three of the most important grant awards from the NIH (National Institutes of Health. He is the most highly cited Spanish research scientist, according to the Cybermetrics Lab ranking, which is based on an analysis of Google Scholar. He is an author on more than 1000 scientific articles in international medical journals, and has published two leading books on clinical cardiology and research: The Heart and Atherothrombosis and Coronary Artery Disease.He is the author of two of the most renowned books on the subject of clinical and research cardiology (“The Heart” and “Atherothrombosis and Coronary Artery Disease”) and has been named editor-in-chief of the prestigious journal Nature Reviews in Cardiology.His contributions to cardiovascular medicine have had an enormous impact on the treatment of patients with heart disease. His research into the origin of cardiovascular events, which has contributed to improved treatment of heart attack patients, was recognized in 1996 by the award of the Prince of Asturias Award for Technical and Scientific Research.

In 2012, Dr. Fuster was named by the American College of Cardiology as one of the Living Legends in Cardiovascular Medicine, and was awarded the Research Achievement Award, the highest award given by the American Heart Association.

Dr. Fuster was also awarded the Ron Haddock International Impact Award by the American Heart Association and the American Stroke Association in recognition of his global leadership. Further recognition in Spain came in the form of the Severo Ochoa Prize for Biomedical Research and the Mapfre Foundation Lifetime Achievement Award in recognition of his work on the prevention and treatment of cardiovascular disease. According to the evaluation committee, Dr. Fuster’s career stands as a model of the kind of research and innovation in which Spain needs to excel in order to compete in the global economy. In November 2017, Dr. Fuster was awarded the Gran Cruz de la Orden Civil de Alfonso X el Sabio.

In 2020, the Royal Family of Thailand presented Dr. Valentín Fuster with the 29th Annual Prince Mahidol Award in the field of Medicine. This prestigious award, presented by the Prince Mahidol Foundation, recognizes Dr. Fuster’s international leadership over the past four decades for his innovative contributions to cardiovascular medicine, both in the field of research and clinical care and, more recently, as an advocate for the promotion of global cardiovascular health worldwide.

In addition to his dedication to research, Dr. Fuster is strongly committed to his responsibility to communicate to the public. In recent years, this commitment has produced six books aimed at a general audience, which have been very positively received. This vocation and the clear need to promote healthy lifestyle habits led Dr. Fuster to set up in 2010 the Science, Health and Education Foundation (SHE Foundation – “laCaixa”), with the goal of improving public health, especially among young people.

You can find out more about which cookies we are using or switch them off in settings.

This website uses cookies so that we can provide you with the best user experience possible. Cookie information is stored in your browser and performs functions such as recognising you when you return to our website and helping our team to understand which sections of the website you find most interesting and useful.

Strictly Necessary Cookie should be enabled at all times so that we can save your preferences for cookie settings.

If you disable this cookie, we will not be able to save your preferences. This means that every time you visit this website you will need to enable or disable cookies again.